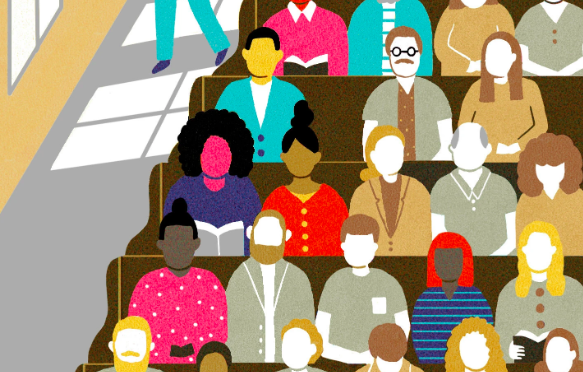 Not long ago, when Southern Baptists in Knox County, Tenn., invited Walter Strickland to speak at one of their meetings, he wasn’t sure what to expect. Mr. Strickland, a theology professor at Southeastern Baptist Theological Seminary in Wake Forest, N.C., is one of the few African-American scholars teaching at a Southern Baptist seminary. He has made his career in the midst of a culture war: not the familiar clash between progressives and conservatives, but a battle within the ranks of conservative evangelicalism.

When he arrived, he “parked strategically by the exit, facing out,” he told me, in case he needed to make a quick getaway from the roomful of evangelicals who might not like what he had to say about institutional racism. Yet the Knox County Baptists kept him late, peppering him with thoughtful questions. “I almost missed my flight,” he said, laughing.

Many white evangelicals say they want to cultivate diverse congregations and dispel the liberal image of the racist, pro-Trump evangelical. “I think people are hungrier for this conversation,” said Mr. Strickland, who travels around the country to advise Christians on how to recognize and mitigate systemic racism. “The reality of Donald Trump and all the issues we’ve faced since his candidacy have really hardened the hearts of some, but it’s also ripped many people even farther away from conflating the Republican Party with the party of Christ.”

Some of the Christian right’s most prominent leaders have split over Mr. Trump’s racist, xenophobic rhetoric. They disagree over how to fulfill the earthly duties of Christians — especially the obligation to make this fallen world look more like the Kingdom of God foretold in the Book of Revelation, when people “from every nation, tribe, people and language” shall stand together “before the throne and before the Lamb.”