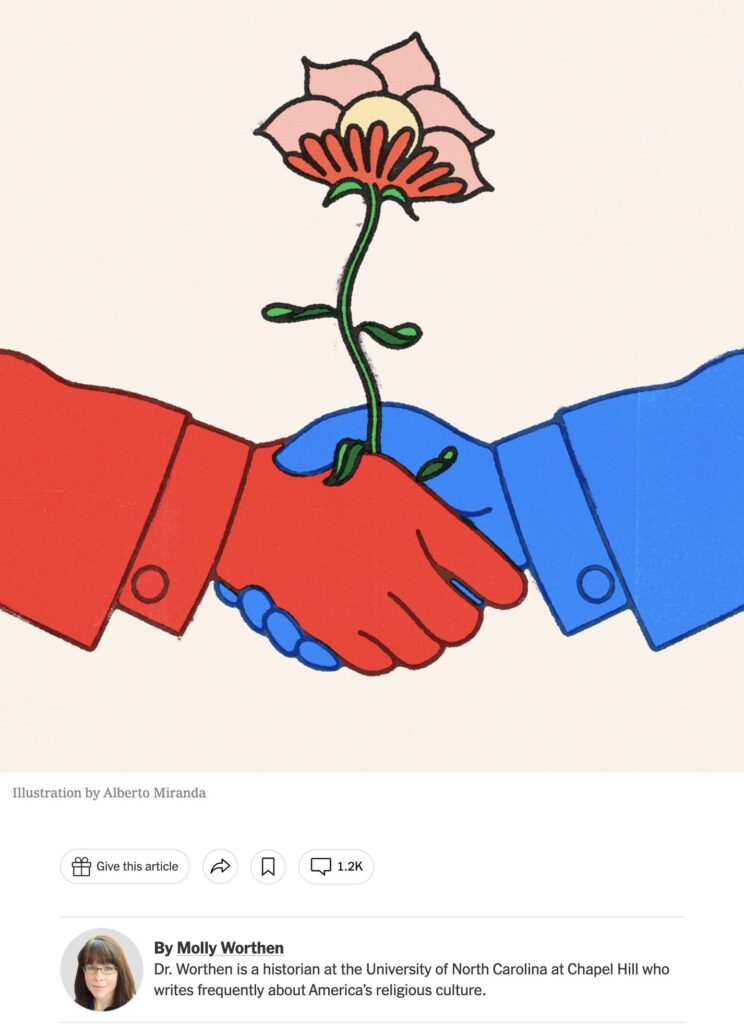 President Biden tends to hammer on the theme of national unity, often in theological terms. On Memorial Day, he described the ongoing battle for the “soul of America,” a conflict between “our worst instincts — which we’ve seen of late — and our better angels. Between ‘Me first’ and ‘We the people.’” In January, in his Inaugural Address, he quoted St. Augustine: “A people was a multitude defined by the common objects of their love.”

That line appears in “The City of God,” in a chapter that laments the fate of a people who drift from heeding their better angels to obeying their inner demons — like denizens of the Roman Empire, which “declined into sanguinary seditions and then to social and civil wars, and so burst asunder or rotted off the bond of concord in which the health of a people consists, history shows,” St. Augustine wrote.

Over the past six months Mr. Biden has been warning us, in his frank and ecumenical way, that Americans have become a bunch of idol worshipers. He’s right. We have transformed political hatreds into a form of idolatry. A team of researchers analyzed a range of survey data and concluded that “out-party hate” now seems to shape American voting decisions more than race or religion do. “The foundational metaphor for political sectarianism is religion,” the researchers wrote in the journal Science last fall, based on “the moral correctness and superiority of one’s sect.” Political hatred has become Americans’ animating faith, a chief source of existential meaning.

The analogy between political sectarianism and religious faith goes only so far. I don’t mean to suggest that every crackpot political opinion deserves the status and legal protection of a religious doctrine or that all dogmatic mind-sets are morally equivalent. It should be possible to hold one party responsible for voter suppression and the Capitol riot while recognizing that pseudoreligious ideologies and purity cults have multiplied on both ends of the political spectrum. This is a commentary not just on the polarization of politics but also on the persistence of humans’ metaphysical needs, even in a secular age — and a nudge to reappraise our prophecies of apocalypse or salvation from a humbler perspective.