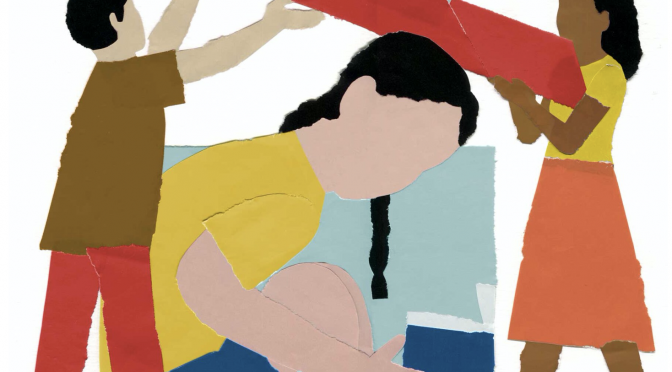 Tiersa McQueen vividly remembers the morning she woke up and found her four children teaching themselves geometry. She discovered them standing at the whiteboard, measuring angles and studying shapes they had traced.

“They wanted to know what the shapes were, so they looked them up, wrote down the names, then started going down the rabbit hole of online information,” she told me.

The McQueens are unschoolers. The children — a 14-year-old, a 13-year-old and 9-year-old twins — learn at home, but with far more flexibility than traditional home-schooling families. Their parents spurn curriculums, textbooks, tests and grades. Instead they do their best to follow the children’s natural curiosity, their impulse to drop what bores them and investigate whatever captivates them, engaging in “self-directed education” at their own pace.

During this long season of involuntary at-home learning, what parent hasn’t dreamed of moments like Ms. McQueen’s morning discovery? As parents struggle to keep up with their own jobs while kids work through packets of worksheets and iPad apps in the next room, it is tempting to hope for a silver lining: the emancipation of children’s impulses to explore the world independently, to find ways to answer their own questions.

Unschoolers, who have long occupied an obscure corner of the home-schooling community, have suddenly become intriguing, less like alien life-forms and more like your cool neighbor who managed to stay relaxed through the monthslong shortages of toilet paper and child care. Unschooling is a pedagogy premised on letting your kid sleep in, read whatever they like (or not) and learn math (or not) through baking, elaborate Lego creations or wandering the internet rather than working through a textbook.

This approach is unlikely to work for most families. Even some who believe wholeheartedly in the idea of unschooling struggle with it in practice. But unschoolers’ choice to take on that struggle should compel the rest of us to face big questions about motivation, coercion and the purpose of education during this unusual school year and beyond.